Water Hazards: When we speak about the risks from water, we are primarily speaking about inundation from major bodies of water such as the oceans. Lakes and rivers also pose their own set of risks, but these are secondary concerns. 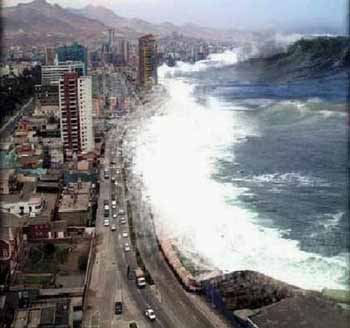 When we speak about moving inland and away from shorelines, this is not as a result of rising sea levels from either the Sun heating the oceans and causing them to expand or melting of the ice caps. We’re speaking about moving inland due to the possibility of geological events that result in large tidal waves and tsunami.

There is no way to know exactly how high these waves could get or how far they may wash inland, so a location should be chosen for the worst case scenario. In the Possible Earth Events, we discuss the possibility of tsunamis that are thousands of meters high and washing inland for hundreds of kilometers. 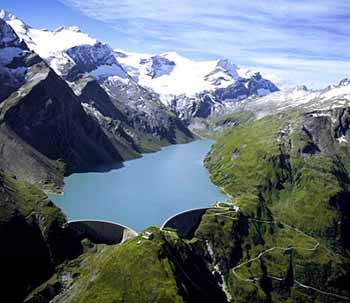 The distance from rivers and lakes should be considered based on their size and elevation in relationship to your community. The concern here would be if these were man-made structures or if you were at a lower elevation that could put you at risk if they rupture. You obvious need access to water, so your proximity to water storage must be balanced with risk.

Recommendation: Choose a location that is above sea level and around 500km (300mi) from any ocean shoreline. You should be well away from large lakes, rivers, and low lying areas that may be flood zones. You will want to be at a higher elevation than smaller lakes or rivers and a distance of at least 200 to 300 meters.